In October 2019, Daniela Ryf had last competed in an event at the Ironman Hawaii. Since then, she had been relegated to training duties due to COVID-19, lacking opportunities to test and prove herself in race situations. Naturally, the 33-year-old was very happy, when the opportunity to start in Dubai came about.

"I was really looking forward to this race. Even though it wasn’t perfect, it simply felt great to be out there again”, a satisfied Ryf said after her the successful return. At the start, she quickly found her groove in the water, but then suffered from a lack of routine in the transition area, which ultimately caused her to embark on the bike course a bit behind the race’s leaders. On the bike, the four-time Ironman Hawaii winner had a slow start before picking up the pace as the race progressed, remaining within striking distance of the lead. Daniela then put on a strong performance on the run course to seal her victory in Dubai.

"I felt my best while running today”, the five-time Ironman 70.3 world champion confirmed after she crossed the finish line. "My intense practice runs paid off almost immediately, which is a very positive sign going forward”.

When and where Daniela Ryf will compete next remains to be determined given the general degree of uncertainty at this time. 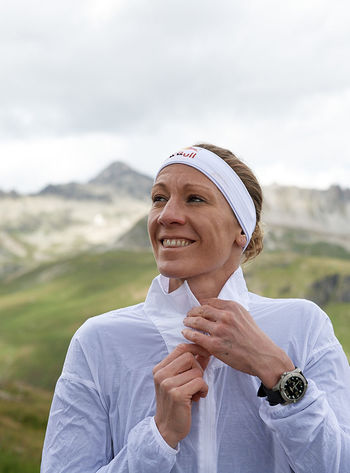 Over one year without any competitions. No wonder, Daniela Ryf can’t wait for her return to racing. She will make her season debut on March 12 in Dubai, competing on a flat course as part of a 70.3 Ironman.