Running on empty - time out for Daniela Ryf

The season-ending 70.3 Ironman World Championships in St. George, Utah took their toll on Daniela Ryf after an up-and-down summer that saw her come back from recent health problems just a few weeks ago at the Ironman Switzerland in Thun. With an 11th place finish, the five-time world champion missed the top ten for the first time over the half Ironman distance.

Despite her recent struggles, the 34-year-old Solothurn native felt optimistic before the race, but soon realized that she wasn’t going to be as strong as she needed to be in order to compete for a championship in this race. "My energy level was very low," analyzed the Swiss, "the entire race was a struggle." After the swim and the bike leg, Ryf found herself in 3rd place, but could not keep pace with her main competition, ultimately trailing British winner Lucy Charles-Barclay by more than 17 minutes.

After the postponement of the Ironman World Championships in Hawaii until February 2022, the 70.3 Ironman World Championships had become the most prestigious event on the 2021 calendar. Daniela Ryf will now aim to recharge her batteries as quickly as possible and do so by treating herself to a four-week break – her first extended break in many years. "I feel like this is what I need right now. Recharge fully – and then regain my form 100%.” 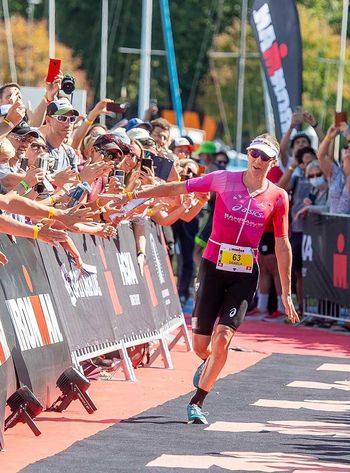