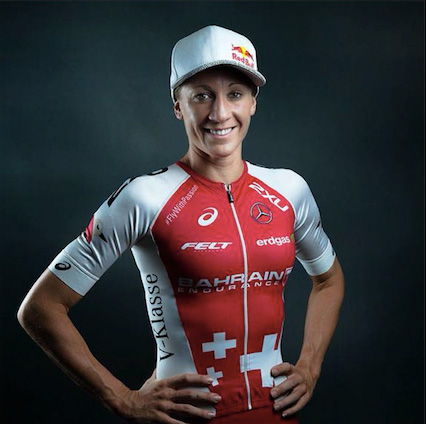 Over the past six weeks, Ryf has undergone intensive trainings, including numerous longer units on the bike as well as on the swimming and running course.

"Everything is going according to plan," says Daniela Ryf. "I am currently in my second training camp on Gran Canaria and work a few hours a day on my form. This includes many longer units on the bike, which I enjoy. After I have only trained up to three hours on the roll trainer so far, it is twice as much fun to ride outside in the hills again. I'm not quite in the desired Hawaii form yet, but I don't have to and I'm glad that I can train without injury."

On 6 May 2018 Ryf will take part in the World Run "Wings for life" in Zug and on 13 May she will participate in a torch relay in Bern at the 50th anniversary of Special Olympics. On 14 May, Ryf will receive an award for her achievements at sports at the sports award ceremony in Schönenwerd/SO. An autograph session is planned for the Bern Grand Prix (19 May) and the first training camp of the season is scheduled for St. Moritz in June. "I'm going to train in Switzerland for three months and get the form I need to defend my title in Hawaii."

After almost nine days at high altitude, Ryf will start for the sixth time on 10 June at her favourite race, the Ironman in Rapperswil: "Four years ago I ran my first, almost perfect race on Lake Zurich. It was the first time under my trainer Brett Sutton, and that's why I'm even more looking forward to the start of the season in Switzerland, as I know the track very well. The cycling route with many hills, but also fast passages is demanding. The running route through the old town and along the lake is beautiful. However, it also has some pitfalls; I am thinking of the passages with the stairs in the city."

After the start of the season Ryf travels again to St. Moritz. The first big goal this season will be the European Championships in Frankfurt on 8 July 2018. "There I will meet strong opponents."

Daniela Ryf is in the final stages of preparation for the Ironman World Championship, taking place in St. George (USA) on May 7.